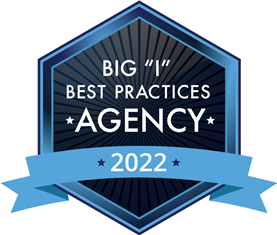 Roach Howard Smith & Barton (RHSB) has retained its status as part of an elite group of independent insurance agencies around the United States participating in the Independent Insurance Agents & Brokers of America (IIABA or the Big “I”) “Best Practices” Study Group.

Each year since 1993, IIABA and Reagan Consulting, an Atlanta-based management consulting firm, join forces to study the country’s leading agencies in six revenue categories. The agencies comprising the study groups are selected every third year through a comprehensive nomination and qualifying process and awarded a “Best Practices Agency” designation. The selected “Best Practices” agencies retain their status during the three-year cycle by submitting extensive financial and operational data for review each year.

“We are honored to be awarded with the “Best Practice Agency” designation this year and elated to be part of this elite group every year for the past six years. This is a testament to the hard work and efforts of a great staff who are committed to making RHSB the very best it can be.” – Tom Hughston, CEO, RHSB.

This year concludes the current three-year study cycle in which more than 1,100 independent agencies throughout the U.S. were nominated to take part in the annual study, but only 217 agencies qualified for the honor. To be chosen, the agency had to be among the 35-45 top-performing agencies in one of six revenue categories.

The agency was nominated by either an IIABA affiliated state association or an insurance company and qualified based on its operational excellence.

The Best Practices Study was initiated by IIABA in 1993 as the foundation for efforts to improve agency performance. The annual survey and study of leading independent insurance agencies documents the business practices of the “best” agencies and urges others to adopt similar practices. RHSB has been selected as Best Practices agency for 14 of the 23 years the IIAB has been doing this annual survey.

About IIABA: Founded in 1896, IIABA is the nation’s oldest and largest national association of independent insurance agents and brokers, representing a network of more than 300,000 agents, brokers and their employees nationally. Its members are businesses that offer customers a choice of policies from a variety of insurance companies. Independent agents and brokers offer all lines of insurance – property, casualty, life and health – as well as employee benefit plans and retirement products.